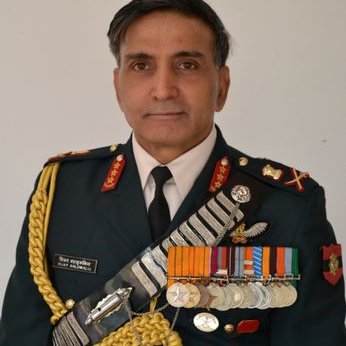 Lt Gen (Retd.)V K Ahluwalia gave a presentation on “Future of the Naxalite Movement”, at the Institute for Defence Studies and Analyses (IDSA), on June 5, 2014. Lt Gen Ahluwalia is the author of the book “Red Revolution 2020 and Beyond: Strategic Challenges to Resolve Naxalism”.
He is presently, Member, Armed Forces Tribunal (AFT), Jaipur Bench, and has earlier served as General Officer Commanding-in-Chief, Central Command, from 2010 to 2012.

Tracing the origins of the Naxalite movement, Lt Gen Ahluwalia said the Naxalite movement is a grass-root movement that traces its origin in the tribal uprisings against social discrimination, economic exploitation and injustices in pre-independence period. The General mentioned that such socio-economic unrest and discrimination manifested themselves in the form of the Indigo Revolt (1859-1861), Munda Rebellion (1899) in Chaibasa and Chota Nagpur region, Bhumkal Rebellion (1910), the Tebhaga Movement (1946) in undivided Bengal and Telangana Armed Struggle (1946-1951), etc. However, such revolts and rebellions remained sporadic and were primarily directed against feudal land lords and colonial masters of India.

Lt Gen. Ahluwalia said that the Naxal movement has passed through various stages of operation. There was a sharp rise in Naxalite violence from 1967 to 1971, followed by a sharp decline from 1971-1980 due to stepped-up government operations against various Naxals groups, which was followed by a phase of negotiation and dialogue between the splintered groups. Learning from past experiences, various Naxalite groups sought to gain critical mass and strength, and this led to the merger of a large number of Naxalite groups as witnessed from 1980 to 2004. Eventually in 2004, the Communist Party of India-Marxist Leninist (Peoples War) and Maoist Communist Centre of India (MCCI) amalgamated to form the unified and more lethal Communist Party of India (Maoist). With this started the Maoist phase in the history of Naxalite Movement in India which continues till date.

While discussing the ground realities prevailing in most of the Naxal-affected areas, Lt Gen Ahluwalia asserted that these areas are among the poorest, the remotest and the most backward areas in the country.

Displacement due to large-scale mining and other projects is yet another reality being largely faced by the tribal communities in Naxalite-affected regions. It is important to note that the tribal populace accounts for 8.2 % (100 million) of India’s overall population and is the worst-hit by displacement, particularly in the Naxal- affected areas. The speaker argued that while the acquisition of land is important to undertake development projects there is an urgent need for social audit to ensure that those who are displaced are fully compensated, resettled and rehabilitated. The speaker agreed that while there are various governmental schemes to accommodate the displaced populace, the lack of political and administrative will has led to an aggravation of the socio-economic conflict that afflicts such regions.

The Naxal-affected states account for 40 to 45% of the total forest cover of India. The livelihood of tribals inhabiting these areas is mainly dependent on land and forest products, but is largely threatened by mining and other projects. Also, the same regions account for the largest reserves of mineral wealth like coal, bauxite and iron ore. It is worth-mentioning here that about 85 to 90 % of India’s coal and iron ore reserves are found in the states of Chhattisgarh, Jharkhand, Andhra Pradesh, West Bengal and Odisha.

The Naxal-affected areas also do not have any meaningful cash crops as compared to other parts of the country. Resultantly, as they are also not getting adequate amount of compensation for the same, they have turned to cultivation and trade in opium and cannabis. Moreover, these states also account for the Human Development Index (HDI) running much below the national average with high levels of poverty, high mortality rate and low literacy rate (literacy rate among the tribals is 47 %, which is well below the national average of 65 %). Medical facilities require tremendous –– these are almost non-existent in the critically-affected areas. Most of the Naxal-affected regions lack electrification and road connectivity which, according to Lt Gen Ahluwalia, can actually act as a major socio-economic multiplier. He gave specific statistics of electrification and road connectivity in the critically-affected areas.

Highlighting some of the major Naxal attacks that took place since 2001, Lt. Gen Ahluwalia termed the period from 2009 and 2010 as the “bloodiest years” of the Naxalite movement so far. According to the speaker, the CPI (Maoist) has identified a few strategic areas of interest to carry forward the movemen:

The Naxalites have established linkages with many other groups within and outside India to sustain their movement. The CPI (Maoist) has established links with militant groups of the northeast like PLA of Manipur, ULFA, and NSCN (IM) and anti-India terror groups based in Pakistan. It also has some links with umbrella organisations like Coordination Committee of Maoist Parties and Organisations of South Asia (CCOMPOSA) formed in July 2001 and Friends of Indian Revolution (FOIR), etc. The major drivers for establishing such linkages are funding, arms and ammunition, training facilities, safe sanctuaries, drugs, propaganda and ideology etc. The speaker brought out the main sources of arms supply in the earlier and current phase of Maoists’ operations. The NE arms supply route was also illustrated with a Map.

In the wake of growing linkages, Lt Gen Ahluwalia affirmed that there is an urgent need to cut off the tangible support to restrict the Maoist insurgency from flourishing. He gave examples of successful counter-insurgency campaigns (different countries) and their main strategy to resolve the conflict. Each country had a different centre of gravity and hence required a separate strategy to succeed, which was evident from the successful campaigns he quoted.

When does an insurgency tend to end?

Lt Gen. Ahluwalia claims that Naxalite movement is likely to end under the following two conditions:

What needs to be addressed?

The two important factors that should be addressed on priority are:

Lt Gen Ahluwalia argued that Governance is the basic wheel around which all the aspects revolve. In order to counter the Naxal challenge, there needs to be:

Difficulties experienced by the Maoists

Lt. Gen Ahluwalia believes that there has surely been a decline in violence by the Naxalites since 2010. The credit for the same must also go to the Central Armed Police Forces (CAPF). He showed the statistics on a graph, and highlighted the main areas that merit focus in the future. He briefly explained, with statistics, the following difficulties being faced by the Maoists to further spread and strengthen their movement : leadership crisis, splintering of party into sub – groups, loss of support in traditional strongholds, lack of volunteers for fresh recruitment, lack of adequate support in urban areas, progressive dilution of ideology and improved counter – operation techniques of the counter – insurgents.

Lt Gen Ahluwalia discussed some of the game changers to achieve short term tangible results on the ground, both from the security and governance point of view. He was unequivocal to suggest that we have to critically analyse each region and sub- region separately to formulate a workable plan. While the national strategy could cover broad contours, regional strategies are far more important to win the campaign at the national level. The General gave a few examples that would require an early attention of the stake holders. Considering the current stage of the insurgency, the government has not paid much attention to perception management. To combat an insurgency, action plan has to be dynamic – he supported his argument with examples of the states where the incidents, violence and killings have increased / decreased over the last few years.

Concluding his presentation, Lt. Gen. Ahluwalia, while visualising the future of the Naxalite movement in India, said that we have to analyse this aspect by dividing this period into two distinct parts:

While crystal gazing into the future, he discussed at length various factors such as the enabling environment, success of delivery mechanism on the ground and their impact on the Maoists’ movement. These would have a direct impact on the future of the Maoists movement. He listed out various options that would be available to the Maoists between the two distinct phases, based on the results achieved / not achieved by the present government. Given our past record of implementation, he felt that results ( good governance and delivery mechanism ) could range from ‘moderate plus to moderate minus’. He discussed in detail the likely course of action of the Maoists, with specific examples of regions / sub- regions of Chhattisgarh, Jharkhand, Bihar and Odisha that may remain affected much beyond 2020. The worst case scenario would be if we allow them to broaden their mass base, bridge the strategic gap, establish linkages and support from different militant organizations, and to emerge stronger in the future. He said that a study of these options should help us to prepare ourselves better for the future. He, however, briefly spelt out certain methodologies to improve the security environment and to achieve better delivery on the ground. Besides the Naxals strength, their activities and local support, physiographic of the region and human terrain map cannot be ignored while planning security operations.